I can’t believe that it was a week ago that Dear Handyman and I were driving to Phoenix to attend the Association For Creative Industries {formerly Craft and Hobby Association} Creativation Show.

I had been prepping project samples and make ‘n take kits since before Thanksgiving. It was a labor of love and the drive out to Phoenix with all of these supplies was filled with gleeful anticipation. 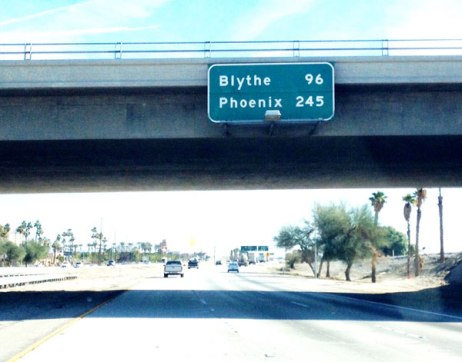 It is a fairly straight drive from Southern California to Phoenix. Approximately five hours across some beautiful desert scenery. Crossing into Arizona brought a pleasant surprise at the border when rocky hills were suddenly dotted with Saguaro cacti which we hadn’t seen on the California side. And it took me a day and a half to realize the time difference… don’t judge

Phoenix looked like many other cities with one big difference, Creativation was happening here. The first two days I had signed up for as many classes as possible. I was there to gain as much knowledge about this industry as possible. I met so many people in the Roundtable events. It was thrilling when the people I met came by my booth later and greeted me like old friends. I felt surrounded by people who are as excited about this industry as myself. It was inspiring.

On my third day, the show floor opened and I was ready and excited. My new Succulent Serenity line will be available in June. There are dies to create 2D and 3D succulents and a geometric holder that looks like wood, glass or cement depending on the type of paper you use. There are two sets of stamps with dies for versatile card making options. Plus, I have an illustrated paper pad that has patterns on one side and slightly patterned solids on the back so you can create succulents in serene colors. I also have a coloring book called Succulent Art Journal. My concept was that you could color the pages and use all or part in an art journal. There are phrases to color and many flora and fauna of the Sonoran Desert all easy to include as starting drawings for an art journal. Here are a few little inside secrets about my coloring book drawings; the map on one page is of my hometown, the large succulent on the page with the three stamps is called the Queen Victoria which was my favorite cactus to draw in college and the typewriter drawing is based on the old Remington that belonged to my father.

And because I am a crafter/maker as well as an artist/designer, I made several samples using my dies to display in the booth. Clockwise starting in the top left: Variations of the Geometric Holder, 2D &3D Succulents on driftwood, Barrel Cactus among the 2D &3D samples in the vintage lantern and the same Barrel Cactus with 2D & 3D succulents in a vintage toy truck. 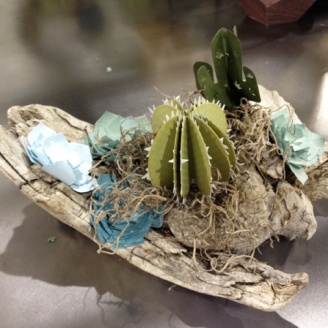 I had just a brief moment to run over and say hello to Tim Holtz. We took a couple of photos at the Ranger booth and then he said the most generous thing to me. He suggested that we go take the photos in front of my booth because it is “all about branding”. He is so generous and I adore him for that.

Then the show opened and the buyers, influencers and media came in. This is the part I love because I enjoy talking to creative people. Almost immediately the first group of buyers came up to ask about my make ‘n take. The flow of people at my make ‘n take did not end until I left each evening. Love this! I was buzzing with adrenaline and had so much joy talking to people. I met so many new people and many people that I knew online but had never met in person. It truly is a matter of growing friendships by warm smiles and friendly hugs.

Above: Me happily teaching my Make ‘n Take.

I had a great time visiting with old and new friends. I also came away with lots of new connections and opportunities. The people are what make the show so amazing. 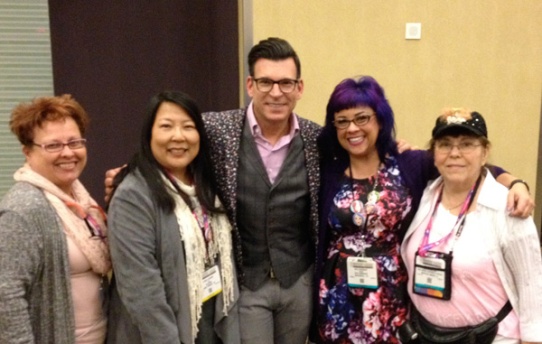 Above: My buddy, Eileen Hull.

I was so thrilled to see my succulents all over the Sizzix booth. The meeting room walls had huge panels with my paper pattern, above. Below, the talented Sizzix craft artists made this amazing wall of succulents using the eClips2.

Unfortunately I had only half an hour when I could walk the entire show floor and see what is new in the industry. I wasn’t allowed to take photos but I had an opportunity to make a mental wish list of what I will personally want later this year.

The show was exciting and my line was well received so I was happy but very tired.

So what did Dear Handyman do while I was working at the show? He went to the Barrett-Jackson car collector’s auction in Scottsdale, AZ. I think he had as much fun as I did and, as far as I know, I don’t think he bought any cars.

After the show, we took an extra day off to explore Arizona and relax. This entire trip was truly doing more of what I love.

On the drive home we went from the Sonoran Desert, past the snow-covered mountains and finally a view across the Pacific Ocean towards Santa Catalina Island visible as a mound behind the buildings in the distance at sunset. What an adventure!

UPDATE:
Big news! My 2D & 3D Succulent dies were selected as a Creativation Top Ten Pick by Scraptime! After ten years of watching Christine’s Podcasts and videos, I am so thrilled to be in her Top Ten List. I am smiling big time!